Lung cancer is still diagnosed at a late stage in most lung cancer patients. Regarding Non-small Cell lung cancer there are novel therapies such as; tyrosine kinase inhibitors and immunotherapy. Currently we have two immunotherapies that can be used either as first-line treatment or second line treatment; pembrolizumab and nivolumab. A third one is being investigated as a combination of immunotherapy; ipilimumab. Aerosol treatment has been investigated for many diseases not only for the lung, but also for systematic diseases. The design of cups was found the most significant factor in producing significant effects. The comparison of cups reveals the design J as the most capable of reducing the droplets at a minimum size of mass median aerodynamic diameter (MMAD) MMAD=1.99. Drug effect comes second in sequence (F=62.04) showing that nivolumab is the most drastic preparation at low particle sizes (1.89), two drugs share an intermediate particle diameter (pembrolizumab and ipilimumab). In total drugs demonstrate a decreasing droplet size: Ipilimumab>Pembrolizumab> Nivolumab.

Although we have new equipment for lung cancer diagnosis such as the radial and convex endobronchial ultrasound, lung cancer is still diagnosed at a late stage due to lack of early symptoms. [1-5] Non-specific chemotherapy agents used to be the tip of the arrow for treatment of this diseases, however; during the last ten years huge steps have been made based on the genome of the tumor. The following gene expressions are connnected with targeted treatment. The epidermal growth factor receptor (EGFR) expression, anaplastic lymphoma kinase (ALK) expression, proto-oncogene B-Raf (BRAF), proto-oncogene tyrosine-protein kinase ROS (ROS-1). In the case where we have positive expression of these genes then tyrosine kinase inhibitors (TKIs) specific for each gene are being administared.[6] Regarding immunotherapy we have two drugs; pembrolizumab and nivolumab. Firstly we investigate the expression of programmed death-ligand 1 (PD-L1), in the case where it is >50% then pembrolizumab can be used as first line treatment, in the case where PD-L1 <50% then it can be used as second line treatment. Indifferent of the PD-L1 expression, nivolumab can be used as second line treatment for advanced nsclc. Inhaled therapies have been used for many years not and not only for lung diseases. In the case of pulmonary hypertension, diabetes and cystic fibrosis inhaled therapies have been used for many years. [7-10] The lung is actually huge bed sheet of vessels and the administration of an inhaled agent is usually absorbed immediately. There are several factors that affect the absorption and distribution of a drug such as (most important); drug production system, underlying lung disease, airway humidity, temperature, solution salts, viscosity, electric load and sustain release systems.[11, 12] Both aerosol droplets and aerosol powders are affected mostly from the humidity within the airways (90%) as their size can increase up to 50%. Moreover; the speed of the aerosol can also affect the deposition especially powder formulations if the powder has <1.5μm mass median aerodynamic diameter (MMAD).[11] In current experimental project we have evaluated the best combination of aerosol production system and residual cup. 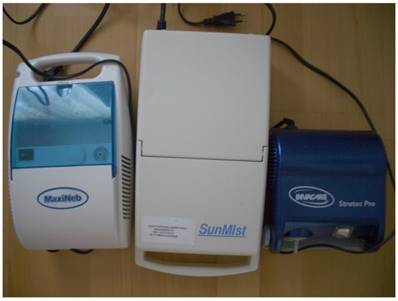 The size distribution of the droplets and their mean diameter (d32) were calculated using a Malvern Mastersizer 2000 apparatus (Malvern Instruments Ltd, Malvern, Worcestershire, UK) equipped with a Scirocco module (Malvern Instruments Ltd, Malvern, Worcestershire, UK). The device has been modified as for the used to be able to spray the generated droplets directly perpendicular to the laser beam (i.e. [4, 8, 13, 14]). A refractive index of 1.33 was been used for the sprayed droplets. The measurements were made under ambient temperature. (Figure 5)

The zeta potential is caused by the net electrical charge contained within the region bounded by the slipping plane, and also depends on the location of that plane. Thus it is widely used for quantification of the magnitude of the charge. However, zeta potential is not equal to the Stern potential or electric surface potential in the double layer, because these are defined at different locations. Such assumptions of equality should be applied with caution. Nevertheless, zeta potential is often the only available path for characterization of double-layer properties. 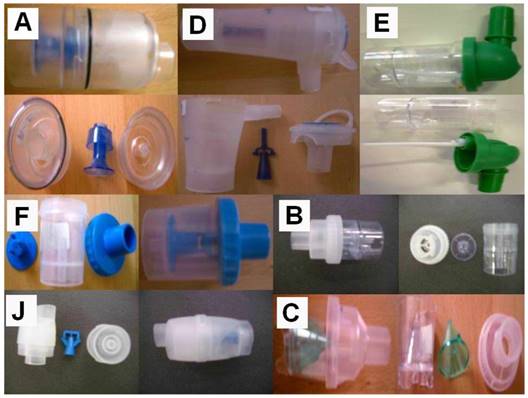 The design of cups was found the most significant factor in producing significant effects. The comparison of cups reveals the design J as the most capable of reducing the droplets at a minimum size of mass median aerodynamic diameter (MMAD) MMAD=1.99. Design C is the less efficient (4, 16) and a group of five cups is arrayed in a size range of 3, 16 to 3,01.

MAXINEB nebulizer produces the smallest droplet size (F=15, 01, MMAD=1.99) differing only significantly from INVACARE whose confidence intervals do not overlap.

Drug and residual cup interact significantly (F=7, 41) providing a unique and clear indormation: Nivolumab combined with design cup B drops MMAD down to 1,40mm. This finding is very important because the analysis reveals hidden otherwise effects since no Nivolumab and cup B contributed to any best solution.

The interaction effect between residual cups and nebulizers (F=3, 63) brings in another effective combination, MAXINEB x cup J, reducing even lower the droplet size (MMAD=1.66) than acting themselves individually. 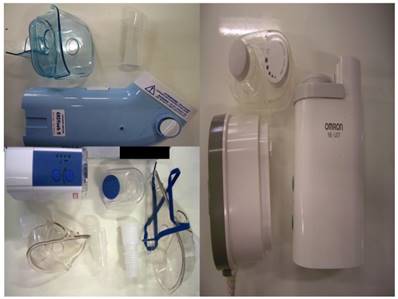 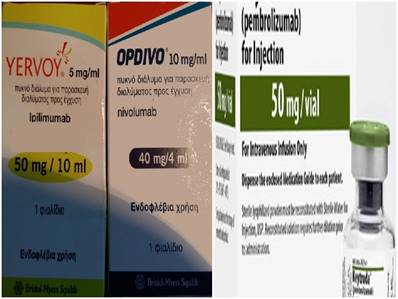 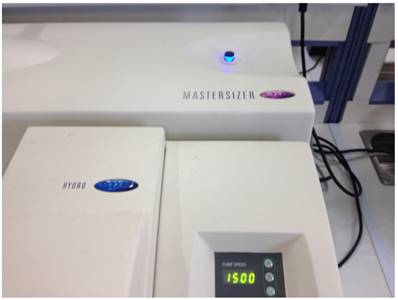 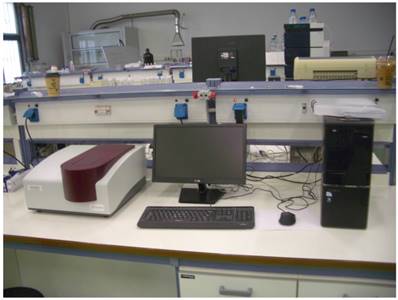 At the highest dose level the pattern of drugs, nebulizers and residual cups changes dramatically. Now, none of the drugs prevails in effect although they perform comparatively more strongly (F=75.53), followed by the cup designs (F=13.62) then by the nebulizers (F=6.69) and finally by the interactive effect between drug and cup design (F=11.60). Six drugs share equally the lowest droplet size, ranging between 1.9 and 3.12 while Ipilimumab was the least drastic preparation.

Residual cup D and SUNMIST nebulizer is the best combination for large residual cups reducing the droplets to MMAD=2.12 and 2.17 respectively.

The drugs Nivolumab and Pembrolizumab in combination with cup D and drug Ipilimumab in joint with cup A provide good droplet size reductions. These effects are not unique as compared to others' effects but they show clear action without overlapping confidence intervals with the two other residual cups.

The results of the ultrasound procedure reveal that factor main effects follow a different pattern of significance effect order as compared to the aforesaid results: nebulizer (F=43,70), drug (F=29.81) and loading (F=12.03). The mask or inlet did not exert any particular effect (F=0.61, p=0.422). MAXINEB is by far the best nebulizer performer, MMAD=2.01), Nivolumab between the drugs, MMAD=1.59) and 4ml dose reacts better than that of 2ml attaining nevertheless moderate levels of droplet size (2.57 against 3.11). However, when the 4ml dose is combined with MAXINEB nebulizer (F=8.64), it results in an amazing size reduction of 1.69mm. Significant interactive effects were observed between drug and nebulizer (F=6.04) and by the second order interaction drug x nebulizer x loading (F=9.61). Both interactions did not come up with any clear or unique effect at low level droplet sizes and therefore their results are not depicted.

Several chemotherapy drugs that have been previously used for lung cancer were investigated as aerosol forms. Drugs such as; cisplatin, carboplatin, taxane derivatives, bevacizumab and gemcitibine have been administered as aerosol.[17-19] Different aerosol production systems were used in these studies, however; extensive concern regarding the most efficient system was not given. In specific, most studies stopped experimenting with the aerosol production system when the droplets produced had a mass median aerodynamic diameter of ≤5μm. In several of these drugs further experimentation with additional aerosol production systems (APSs) could reveal that another APS could produce smaller droplets and therefore deeper penetration into the lung parenchyma. Moreover; it was previously observed that not only the APS, but also the inlet that several devices use can produce even smaller droplet size in an aerosol.[20, 21] Inhaled drugs that are already on the market can be possibly improved if an inlet is added to the production device or a different inlet design.[20, 21] Regarding the efficiency of a systematic administered drug as aerosol, there have been many in vitro and in vivo studies.[22] Furthermore; there have been numerous clinical trials.[22] There are several parameters that affect the efficiency and safety of the aerosol administration and the most important are underlying pulmonary disease and time of administration. Regarding the underlying pulmonary disease a patient might have asthma, chronic obstructive pulmonary disease (COPD), or a very large tumor mass (≥3cm) and this patient might have disease exacerbation. Regarding time of administration we have to include the time where the patient inhales the aerosol drug formulation and the time where the drug remains in the alveoli until it is absorbed through the vessels of the alveoli. The issue of safety for aerosol chemotherapy has been partially investigated, not all studies addressed this issue, most of them focused just on the efficiency.[19, 22] Solubility of the drug formulation is very important because it has been connected with the interaction of the alveoli membrane were toxicity might be observed. Toxicity has been observed either with the production of cytokines locally, or with the appearance of pneumonitis.[17] Certainly, it has been observed at least for the drug cisplatin that chemotherapy drugs through the alveoli are distributed to the lymph nodes.[17] This issue is also very important in the case of advanced lung cancer disease where a patient usually has metastatic disease in the lymph nodes. Immunotherapy has been previously established for lung cancer and we are expecting in the near future new data on combinations of immunotherapy drugs or immunotherapy plus chemotherapy.[23] In the present study we presented data where the three immunotherapeutic drugs nivolumab, ipilimumab and pembrolizumab can be produced as aerosol from their current form using water as a drug solvent 1/10. Further experimentation in animal models will focus on the safety and efficiency issue.

We would like to thank our patients for their kind donation of several pharmaceutical products in order to perform this study (drugs and equipment).