Objective: To investigate changes in the secondary mutations of tumor in a drug-resistance mechanism for lung adenocarcinoma after radiation therapy combined with tyrosine kinase inhibitor (TKI).

Methods: Lung adenocarcinoma cell line PC9 in vitro and xenograft model in nude mice were used to observe tumor inhibitory effects and drug-resistance under the effect of radiation therapy combined with erlotinib through apoptosis detection through in vitro survival curve and in vivo growth curve; changes in gene mutations before and after drug-resistance in nude mice xenografts were observed by the next generation sequencing, and the relationship between cancer drug-resistance and radiation therapy combined with TKI was observed.

Results: Radiation therapy combined with erlotinib had a more reliable radio-sensitizing effect in vitro and in vivo, however, there were several drug-resistant tumor cells. Meanwhile, radiation therapy combined with erlotinib could significantly increase the number of mutations in tumor genes. The whole genome sequencing showed that the secondary mutation in the combined treatment group significantly increased in comparison with those of the single treatment group and the blank control group.

Conclusion: The increase of secondary mutations may be an important drug-resistance mechanism for lung adenocarcinoma after radiation therapy combined with TKI, which provided further space exploration under the combined action of radiation and TKI.

Radiotherapy combined with tyrosine kinase inhibitor (TKI) has been extensively applied in clinical practice, and the combined action is common in drug-resistant patients [1-5]. However, the majority of the current treatment strategies for such drug resistance refer to a simple TKI treatment, and there is a lack of research on the related mechanisms for drug resistance after the combined action [6-10]. In this study, changes in the secondary mutations of tumor after radiation therapy combined with TKI were investigated, which resulted in providing new ideas for studies, associating with the mechanism of drug resistance in radiation combined with TKI, and it also presented reliable methods for solving such problems.

Colony-forming rates of the tumor cells were determined by using the colony formation assay. The experiments on erlotinib-induced radiosensitization included the following treatment groups: blank control group, radiation alone group, erlotinib alone group, and combined erlotinib + radiation group. Cells in the exponential growth phase were trypsinized, counted, diluted, and seeded onto flasks (35 ml). The number of cells seeded onto the flasks was adjusted according to the radiation dose (500, 1000, 2000, 4000, 6000, 8000, and 10000 cells were seeded into 0, 1, 2, 4, 6, 8, and 10 Gy groups, respectively) [11-13]. The concentration of erlotinib was 20 and 10 nM, respectively. After 14 days of cell seeding, the culture dishes were collected, and the culture medium was discarded. Cells were fixed and subjected to Giemsa staining. The number of colonies containing more than 50 cells was counted, and the cell survival fraction (SF) was calculated. The experiments were repeated by three times, and each treatment group contained three parallel samples [14]. A single-hit-multi-target model was used to fit the cell survival curves.

Here, PC9 cells were digested with exponential growth phase, in which counted and centrifuged at 1000 r/min for 5 min. Cells were then suspended, and about 1×106 cells were injected into the thigh root of the nude mice. The tumors were observed 3 times per week after inoculation. When the tumor grew to about 1 cm, the experimental treatment was started. The groups were the same as the vitro experiment, and the radiation doses were the same to those in vitro. For in vivo experiment, both erlotinib and everolimus were used [13].

Cell apoptosis was examined by flow cytometry. Experiments included the following treatment groups: blank control group, radiation alone group, erlotinib alone group, and combined erlotinib + radiation group. The concentration of erlotinib was the same as that listed in the preceding section. All irradiated groups were given a dose of 6 Gy. Colony-forming cells from different treatment groups were collected. Apoptosis was experimentally measured as follows: first, cells were trypsinized, and 5 × 105 cells were collected. After adding 1 ml of cold phosphate buffered saline (PBS), the cells were centrifuged at 1000 rpm for 10 min at 4 °C. The cells were then washed with PBS, centrifuged twice under the above-mentioned conditions, and re-suspended in 200 μl of binding buffer. Also, 10 microliters of Annexin-FITC were added into the cell suspension and mixed well. The cell mixture was incubated at room temperature in the dark for 15 min, and then an additional 300 μl of binding buffer was added. Finally, the cells were analyzed by flow cytometry after adding 5μl of PI [14, 15].

Large panel genome sequencing (more than 500 tumor-related genes): A customized Agilent's Sure Select Target Enrichment System was used to capture target regions with high coverage rate, which aimed to complete the target region sequencing of samples. A HiSeq PE150 sequencing was used, with an average of Q30>80%, and the average effective sequencing depth of samples was not less than 200X. Bioinformatics analysis of the generated sequencing data was performed by a software, and the whole genome sequencing was carried out as well; the DNA concentration was measured by Qubit DNA Assay Kit in Qubit® 2.0 Flurometer (Life Technologies, Carlsbad. CA, USA). A total amount of 1μg DNA per sample was required for sequencing library generation. The clustering of the index-coded samples was performed on a cBot Cluster Generation System by using a Hiseq X HD PE Cluster Kit (Illumina) according to the manufacturer's instructions. After cluster generation, the DNA libraries were sequenced on Illumina Hiseq X platform and 150-bppaired-end reads were generated. High-quality control was applied to guarantee the meaningful downstream analysis. These duplicate reads were uninformative and were not taken as evidence for variants into account. Picard was employed to mark these duplicates, so that GATK would ignore them in the following analysis [16,17].

2.1 Antitumor effect of radiation therapy combined with erlotinib and drug resistance The results of apoptosis detection showed that both erlotinib (11.26 ± 2.14%) and radiation (23.45 ± 4.35%) had inhibitory effects on tumor cells, and the apoptosis rate significantly increased after the combined action (47.68 ± 6.73%), suggesting that there was a synergistic effect between them. However, after incubation for a long-time, the survival curve of colony-forming analysis showed that in case of combination, the final survival fraction was about 0.019±0.01, and several drug-resistant tumor cells under the combined action and clones were formed (Figure 1). The results of xenograft test also showed that the growth curve under the combined action had a more reliable radio-sensitizing effect than that under the single treatment, while the volume of tumor slowly increased about 6 weeks after treatment (Figure 2). It can be concluded that radiation therapy combined with erlotinib had a synergistic effect on tumor inhibition; however, drug resistance may be the root cause of tumor progression in clinical practice. 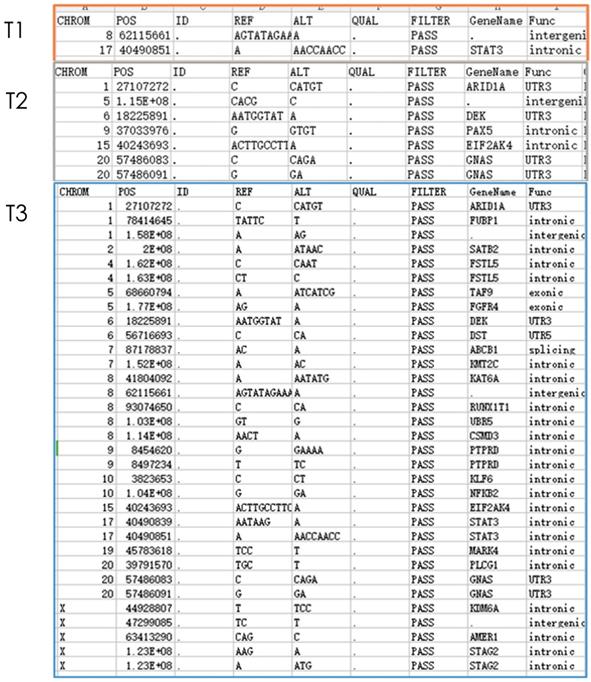 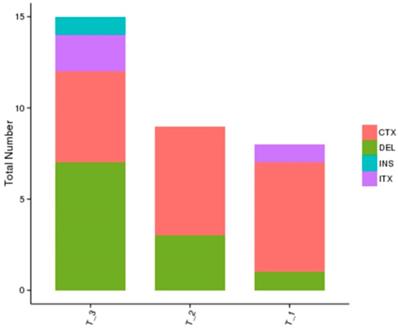 The results of this study suggested that radiation therapy combined with TKI can induce more secondary mutations at gene loci, and the mechanism of drug-resistance was more complex, and that should be further studied.

Based on the current practice of cancer treatment, this study puts forward some issues for medical community to think about from the perspective of a basic research, which is of innovative significance [24,25]. At present, the treatment of lung cancer in patients with TKI-resistant lung cancer who treated with or without radiotherapy refers to the simple TKI treatment. According to this study, the treatment considering the complexity of secondary drug-resistance mutation after radiation therapy combined with TKI may be biased. Therefore, further studies on the drug-resistance mechanism of radiation therapy combined with TKI need to be conducted [26].

Indeed, this is a preliminary study. The mechanism of drug-resistance under the combined action of radiation and TKI is still unclear, which needs to be further explored by basic and that should be further studied. Meanwhile, the results of a basic research need to be confirmed by clinical practice.

In conclusion, the increase of secondary mutations may be an important drug-resistance mechanism for lung adenocarcinoma after radiation therapy combined with TKI. In this study, further space exploration for clinical practice under the combined action of radiation and TKI was provided, and we believe that with the help of an in-depth research and further accumulation of clinical data, we will have a deeper understanding of the drug-resistance mechanism of radiotherapy combined with TKI.