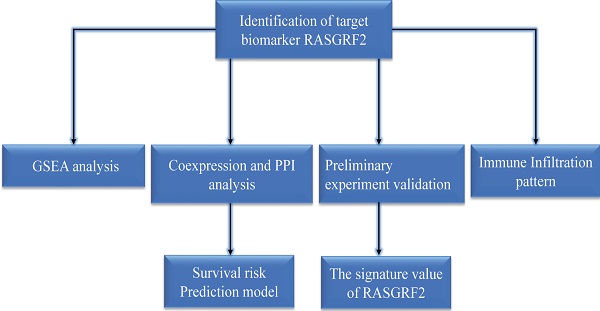 Background: The role of RASGRF2 has been verified in the development of various cancers. However, its roles in stomach adenocarcinoma (STAD) are still under investigation.