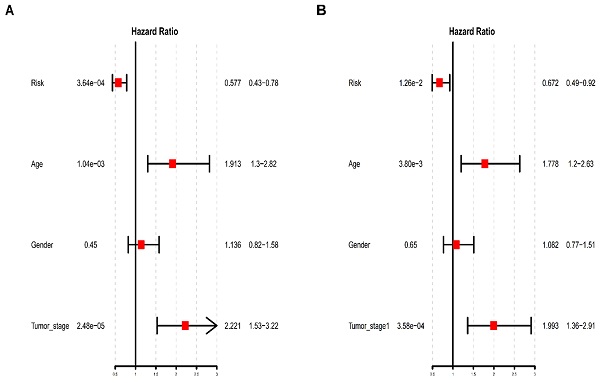 Background: Transcriptional factors (TFs) are responsible for regulating the transcription of pro-oncogenes and tumor suppressor genes in the process of tumor development. However, the role of these transcription factors in Bladder cancer (BCa) remains unclear. And the main purpose of this research is to explore the possibility of these TFs serving as biomarkers for BCa.

Methods: We analyzed the differential expression of TFs in BCa from The Cancer Genome Atlas (TCGA) online database, identified 408 up-regulated TFs and 751down-regulated TFs. We obtained some hub genes via WGCNA model and detected the RNAs level in BCa cells and tissues. Then, the relationship between the expression and clinicopathological parameters was further investigated. Kaplan-Meier curves and the log-rank test were carried out to analyze the relationship between NFATC1, AKNA and five-TFs combination and overall survival (OS). And RT-PCR assay was conducted to further consolidate and verify these results.

Results: There were significant differences in the expression of five TFs (CBX7, AKNA, HDAC4, EBF2 and NFATC1) between bladder cancer and normal bladder tissue. In BCa tissue and cell lines, the five TFs were frequently down-regulated, and closely related to poor prognosis. Moreover, the RT-PCR results of five TFs in bladder cancer and normal bladder tissue were consistent with the database results, and reduced TFs could significantly induce or restrain the transcription of many critical factors. The expression level of AKNA and NFATC1 could serve as independent biomarker to predict the overall survival (P<0.05). And the above five TFs combined detection of bladder cancer has higher sensitivity and specificity. Furthermore, differential neutrophils expression between high-risk and low-risk were found, which consolidated the role and function of the five TFs combination model in the progression of BCa.

Conclusions: Our analysis effectively provides a newly TFs-associated prognostic model for bladder cancer. The combination of five identified-TFs is an independent prognostic biomarker, which could serve as a more effective therapeutic target for BCa patients.